It was just about warm enough on a mid-February sunday to plant a new Catalpa and Dogwood shrubs in memory of Ray Smith, who sadly died last spring. 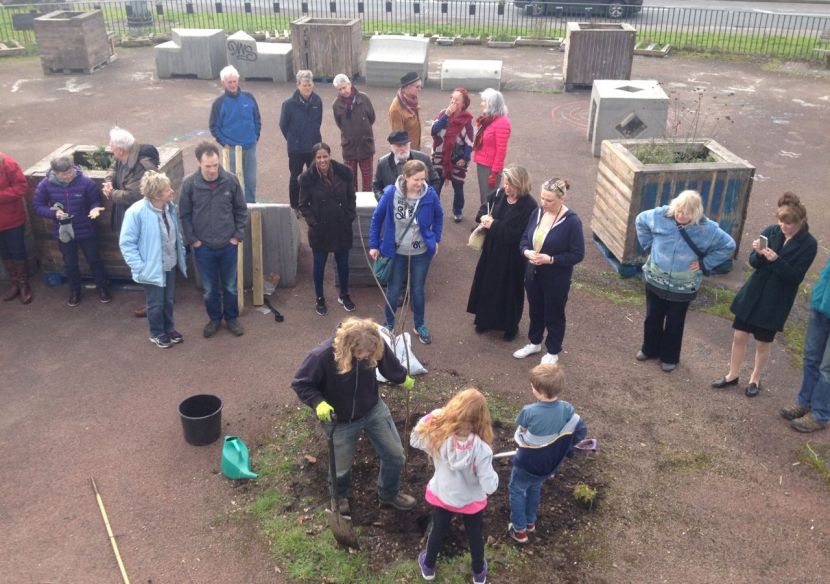 Ray was a force for good in Hotwells and Cliftonwood, involved in running the Hope Centre in its heyday, facilitating (and performing in) the Hotwells Panto, campaigning about issues important to locals and producing the community magazine delivered to 2500 household three times a year from 2003 to 2014.

The Hotwells Panto paid their respects this weekend by providing a new Catalpa tree and Dogwood shrubs, selected by his daughters, to beautify and add to the carbon eaters in the former children’s play park on the piazza. 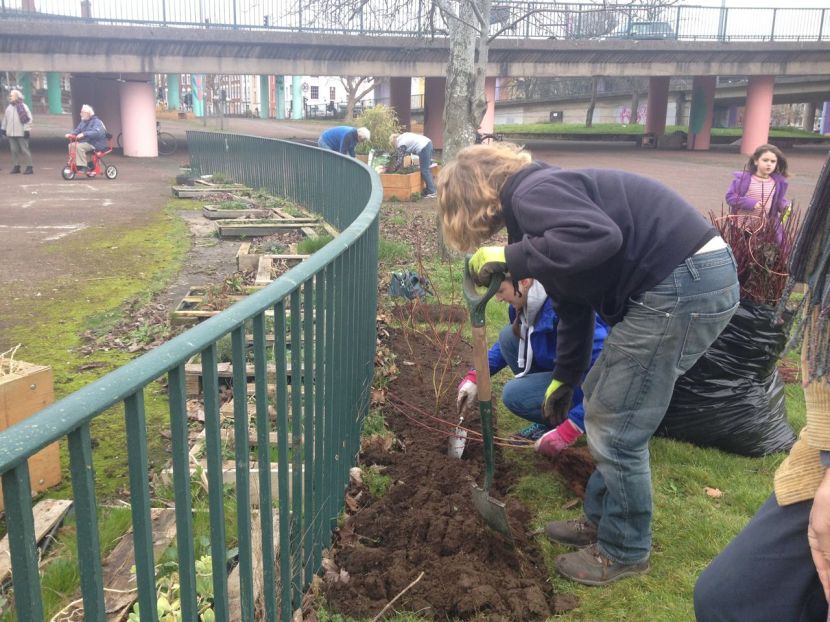 Over thirty people gathered to watch the tree go in and while Ray might not have appreciated the fuss, he would have been amused to know that although his colleagues at HCCA managed to gather such a crowd at a days notice, they had given no thought to ceremony or speeches. And we had managed to interrupt the Panto dress rehearsal schedule!

Thankfully, we had Gill Loats in all her costumed glory to step in and pronounce! We will have summer do, when the piazza is in full bloom- if you’d like to be kept informed sign up to our piazza list by emailing admin@hotwellscliftonwood.org.uk

If it wasn’t for Ray, the piazza would still look as grey as it did pictured above, in 2013. If you  would like to see Ray explain what the community desires for this space are, watch this video clip.

What’s next? Well we have some funding to experiment with more greening and planting. We hope to make a living wall outside the disused toilets with hanging (shopping) baskets, climbing plants and mosses; we will lift some of the cracked tiles and see what will grow nicely, we want more planters and more green in the former playground. With more green we can get more surfaces tarmac’d or astroturfed for children and young people to play. 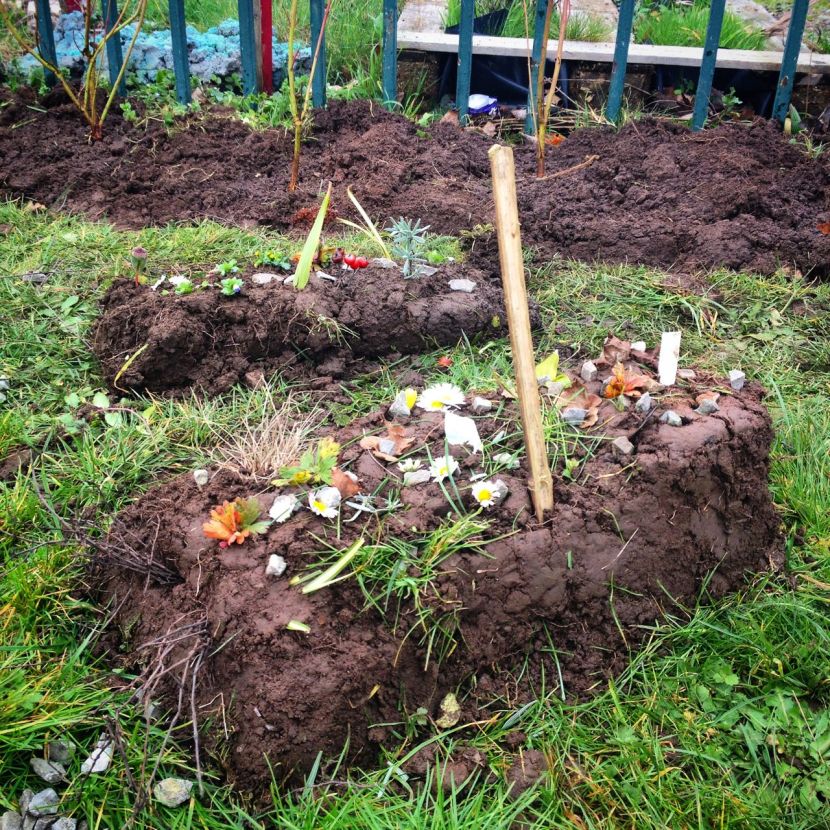 Instant gardens by Lois 8 and Rosi 7

If you fancy joining, in we’ll be doing more planting and painting on Sunday 5th March 2017 2-4pm. Just put on some scruffy clothes and come on down!